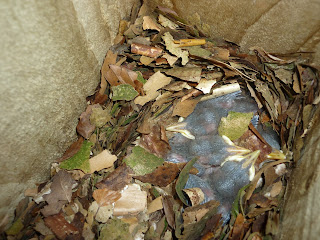 Have been getting reports that some nest box schemes have been experiencing a poor season. Have just returned from one of my schemes in a private wood near Kirkby Lonsdale. Here it has been a very successful season. Of the 36 boxes a record number of 32 were occupied. Of these five are Pied Flycatchers ( Compared to only one last year) All five have young and the first brood are ready to fledge. Two of the adult birds have been ringed as nestlings last year in one of the Groups nest boxes on the other side of the Lune Valley

The wood has many mature mainly Oak trees but also a variety of other trees, it is also south facing so has been reasonably well protected from the recent cold NW winds.