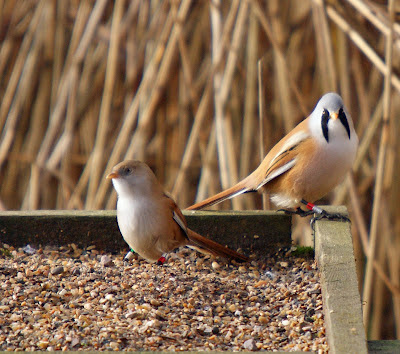 Posted by North Lancs Ringing Group at 16:18 No comments:

The first visit this autumn to my woodland feeding station suggested that Coal tits have had a good breeding season. My ringing totals were 21 Coal Tits compared to only seven Blue Tits and four Great Tits.

Looking back to last September, in two visits I ringed 28 Coal Tits 14 Blue Tits and 10 Great Tits and Coal Tits continued to be the commonest tit through to early December. In all previous years Blue Tits have been the dominant species.Will be interesting to see what happens in the coming months.
John
Posted by North Lancs Ringing Group at 15:09 1 comment:

2012 has been a difficult year for many CES sites, the weather making the 12 visits required hard to achieve and catches lower than normal.

At Heysham we did achieve the 12 visits, largely because we are normally able to pick any day of the week, unlike ringers who may be confined to weekends. Catches were not particularly low either (for this site) at 134 new-for-year birds.

Birds captured in all 12 visits have ranged between 85 and 146 over the last 13 years. These overall numbers are terribly low for the effort involved and are way below the recommended level of 250 new-for-year birds, but the BTO tell us that it is still a viable site producing useful data so please 'Keep Going'. I am often amused by comments in CES News where ringers complain of poor catches in a visit that are more than our yearly catch - the chance would be a fine thing!

Numbers of local breeding birds such as Blackbird, Dunnock and Wren were up this year with plenty of young captured. Blackcap numbers were reasonable with 4 birds being retrapped indicating breeding on the site. Bullfinch are always caught in reasonable numbers and this year was average. Common Whitethroat were down with only a single young bird caught as were Lesser Whitethroat (7 were caught, of which 4 were juveniles, with no retraps). This latter species normally breeds on the site and more are trapped. Chiffchaff, at 14, were up on last year.


ajd
Posted by North Lancs Ringing Group at 17:49 No comments:

The re-trapping this morning (9/9) of an adult Reed Warbler may not at first sight appear unusual, but is is only the sixth adult to be caught in September in the 12 years study of the Reed Warblers of Leighton Moss in which we have ringed 13701 birds.The bird was a female still with a very marked brood patch.Our catching and recovery statistics shows that adults start to leave in late July and on through August. Totaling the 12 years we have handled an average of 485 adults in each of the three ten day periods in July. By early August this had dropped to 316, and during the second 10 day period to 108 , then just to 53 in the last ten day period. Showing a marked move out over the period.

To further support these findings we have had 18 adult Reed Warblers controlled on the south coast of England on migration, the bulk at Icklesham in Sussex. Of these four were in the last few days of July, ten spread though August and just three in September. Juveniles remain quite a bit later, with the period late July through August giving the largest catches. Early September sees a slight decline, followed by much lower numbers through to early October. Recoveries of juveniles on the south coast also peak later than the adults with the most in the last 10 day period of August and early September but with some birds turning up on through to late September. The adult female caught today was obviously a late breeder.
John
Posted by North Lancs Ringing Group at 16:04 No comments:

Warblers on the Move

In a batch of recoveries received yesterday there was two recoveries in France showing the early movements of Sedge and Reed warblers. The Sedge Warbler was ringed on 19th July as a juvenile this year and 20 days later, on August 8th it was controlled 1113 km south at La Maziere Lot-et-Garonne on the French coast. An adult Reed Warbler ringed in August 2011 was also controlled on August 9th a 100 km further north. This brings our total of Sedge Warblers recovered on migration in France to 35 and Reed Warblers to 16.Two other Reed Warbler controls show local movements. A Juvenile ringed on 31 August 2011at Little Crosthwaite 58 km to the north was found breeding at Leighton Moss in early July. The other was ringed as a juvenile at Leighton Moss on July 19th 2007 and was found breeding at the Brockhole Reserve near Preston. A Pied Flycatcher ringed as a nestling in Pembrokeshire last year was found breeding in one of our nest boxes in the Lune Valley. It was a female. This is our third interchange with Welsh birds. The others were a bit further north in Powys. So this at 267 km SSW is the furtherst movement we have recorded in the breeding season. John
Posted by North Lancs Ringing Group at 16:27 No comments: