A further batch of recoveries from the BTO included some interesting returns.

A Chiffchaff caught at Leighton on October 1st /09 was re-caught on its breeding area near Edinburgh in May proving that some at least of our passage birds are of Scottish origin.

A Brambling, caught wintering in Northumberland last winter had moved to the west coast this winter and was caught at a feeding station during this winter's severe cold spell.

Our study of Twite wintering on our feeding station at Heysham has been one of the most successful of the Groups activities. Further confirmation of their breeding area came with three further reports from Machrihanish Seabird Observatory in Argyll. One was ringed there as late as October 2nd and caught 13 days later at Heysham. That local movements take place in winter in this species was proved by the catching of one of our birds at Askham on the Duddon 25 days after ringing at Heysham.

Last month we received details of a October ringed Goldcrest moving 140km in 29 days to Doncaster. this month we had a similar report with an October ringed bird falling victim to a cat in Wakefield 27 days later and 94 km to the SSE'

The colour ringing of Coot by Kane Brides in south Lancashire established a link to our area, with two birds from Southport and one from Blackpool seen at Glasson Dock during the cold spell.

Finally an Oystercatcher was found dead at Arkholme 10 year after it was ringed there as a nestling.

Posted by North Lancs Ringing Group at 13:40 No comments: 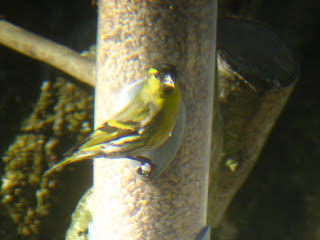 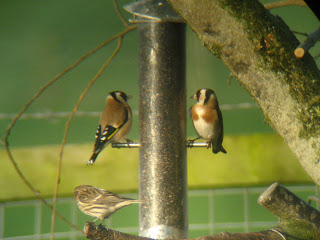 John
Posted by North Lancs Ringing Group at 15:48 No comments: