Recently Knot have taken a lot of the birding attention with record numbers seen at Snettisham in October producing some spectacular videos and photos. Some of these went viral and even appeared on the BBC quiz of the week's news. Over the current series of tides spies/dedicated observers have been out at Heysham and collectively have produced records of about 20 individually colour ringed Knot. It would be easy to give the full life histories of them all and say 'oh, that's interesting' and move on. There is, however, a fair amount of value in looking further. I'll start with a brief summary of recent sightings:

Three of the birds were recorded on the Wash over summer and autumn, each moving across to Morecambe bay in the last few weeks. These were ringed in Iceland, Formby and on the Wash. It's likely all these moulted on the Wash before moving West.

Another 5 are known moulters on the Waddensea in previous years. One of them has a radio tag so it's departure date from the Waddensea is likely known and also has a history in Morecambe bay in previous winters. A bird seen today in Barrow was colour marked just a month ago near Texel.

A few more have come up from the Sefton coast having been ringed this summer as moulting 2nd year birds. We have now seen over 10% of the ones marked at Ainsdale in July at Heysham this autumn.

All of these records show a movement into Morecambe bay over the last month. This is exactly what we would expect and will certainly be reflected in the WeBS data along with likely declines in numbers on the Wash and Waddensea throughout November. Other areas in the West will undoubtedly have seen a significant increase in Knot numbers throughout November. As a result it would be very easy to question why this colour marking is useful when we can infer so much from WeBS and other count data such as Birdtrack.  What the count data mask, and is demonstrated by the birds from the Sefton coast moving North is that when the post-moult migration happens there is a lot of movement out of areas where new are also arriving. It could be that counts in some estuaries remain broadly stable but have a large turnover of birds whereas other sites have few knot in October but thousands in November. Are these birds from the areas with a drop in counts between October and November? Could they be birds from areas with stable counts? We simply do not know without the additional data from colour ringing.

The colour ringing effort across Europe with Knot is giving us resolution in data we have never had before. In the 1960s and 1970s large catches of Knot were made that established birds moved West after moulting however the level of ringing at such a large number of sites needed to establish the timing and site connectivity at such a high resolution is massive and difficult to achieve while maintaining good monitoring on other species. With modern optics so much can be achieved by creating an enthusiastic observer network who get to know what 'their' birds do and find them back at the same site more or less on the same date each year. Per observer hour there is little doubt that reading wader colour rings is the most effective way to monitor movement and survival of Knot (and many, but not all, other wader species too).

Integrating the count data and movement data tell us so much more than either one on it's own. The biggest benefit of having the individual movement data is it gives us connectivity data between sites. Adding the count data allows modellers to work out proportions of birds moving in different ways and help understand the importance of each site to the population as a whole. It may be sites with relatively modest counts throughout the year host a far higher proportion of the population throughout the year than these counts show. The reverse may also be true to some extent as well, sites with bigger counts may be far less significant to the population as a whole than the peak count suggests.

I have no doubt everyone who takes part in a BTO survey will say their preferred survey is the most important whether it be Breeding Bird Survey, Wetland Bird Survey, Ringing Scheme, Birdtrack, Nest Record Scheme or the Heronry Census however this is not the case, they're all important and without each one providing so much complimentary data each would give significantly weaker results.

Next time you are out birding and see a colour ringed bird why not make the effort to report it? Who knows, it may be the Knot that spent an autumn on the Azores and returned the following autumn or it may be one that was seen a few days before on the other side of the country. It just takes that one magic record to get hooked. 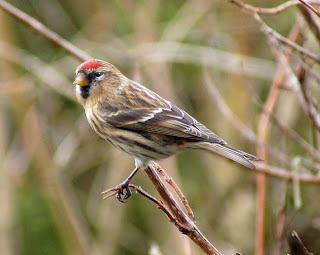 Posted by North Lancs Ringing Group at 19:21 No comments: