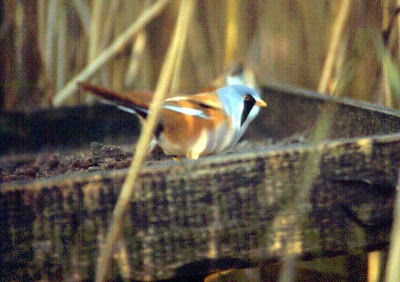 Our ringing at Leighton Moss suggests that most reed bed birds have done well this year. Pride of place goes to Bearded Tits with 84 young birds ringed this year the highest total since the crash in the breeding population in 2000 and 23 up on 2008. The first brood has now completed their moult and are showing well with some starting to visit the grit trays. Sightings of colour rings are very welcome please send to johnwilson711@btinternet.com.

Of other species Blue Tits seem to have had a successful season with 148 ringed to date compared to 158 in the whole of 2008 and the best part of the season to come. Passage Warblers though are down mainly I think due to the bad weather in August and early September.

there are soem really nice photos of ringing, courtesy of the Times. Follow this link to see them: