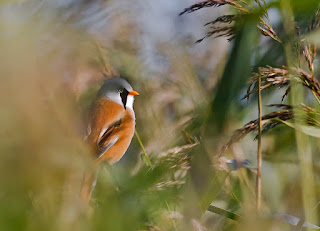 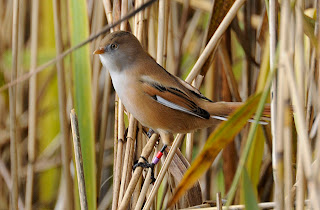 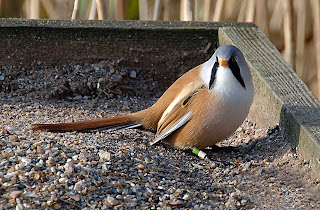 Posted by North Lancs Ringing Group at 17:15 No comments:

While the North Lancs Ringing Group blog mainly covers North Lancashire group members do occasionally ring out of the area.  In my case last week I was in Portugal working with Farlington ringing group with the  aim of colour ring Sanderling and Black Tailed Godwit, and resighting colour ringed birds present in the Tagus estuary.

There were many highlights so I'll go through a few roughly in date order.  First of all we had a day ringing passerines. I have ringed a fair few birds in Portugal so it was nice to handle species like Serin again however the nicest birds were the ones we also catch here such as Goldfinch and Greenfinch.  Both of these appear to moult much more as juveniles in Portugal than they do in the UK.  One juvenile Goldfinch we ringed had moulted all but two of its primary feathers. All the other finches had moulted all their greater coverts whereas in the UK some certainly would not have done.  We also caught some late Reed Warblers and a very late Willow Warbler.  Other notable captures were a Crested Lark, many Bluethroats including a nice adult male and a flock of Spotless Starlings.

Next we moved onto some wader colour ring reading and finding sites to catch on.  In the first flock of birds I looked at I found a Dunlin with a yellow inscribed flag which turns out to be a bird ringed in Swedish Lapland as part of a study of breeding Dunlin. As far as within Europe movements on birds go this is pretty much as long as they get.  We also saw many locally ringed Sanderling and one from Greenland.

The next day we caught around 80 Sanderling adding colour rings to the new ones.  The ratio of juveniles to adults in Portugal is much lower than that on the Wash earlier this summer (65% on the Wash, 20% in Portugal).


We then had some visitors from Spain to see cannon netting of waders.  As a result a small catch of 26 birds was taken which included Turnstone, Sanderling and Ringed Plover.  For me this was the biggest highlight of the trip when a Sanderling I was involved in catching on the Wash turned up in the catch in Portugal. It is always nice when that happens however it is more normal to be a few kilometres away and not 1,700km away.

Next we had a day on colour ring reading which gave about 25 Sanderling sightings, a good number of gulls and a recovery of a Lesser Black Backed Gull (5.H8) on the tide line which turns out to be from Guernsey and a star of the Guernsey Gull blog:

Our final catch was another nice one of 26 birds. We were going for Black Tailed Godwits however they did not arrive in the numbers they had on previous days so ended up with one and a Black Winged Stilt which were both colour ringed as part of on going projects.  Other birds included Redshank, Greenshank, American Golden Plover and a Grey Plover.

We ended the day with a couple of hours Gull ring reading.  This included a Mediterranean Gull from Serbia, Black-headed Gull from Belgium and a Lesser Black Back from Norway.

Overall a fantastic trip full of unforgettable moments.  Thanks to Farlington RG, the Portugese ringers and everyone else who made the trip so enjoyable.
Posted by Richard du Feu at 07:35 No comments:

Kevin Briggs has been studying a small population of Ringed Plovers nesting on the River Lune shingle banks at Arkholme for many years. Many of his study birds have been colour ringed. In recent years the number  of pairs nesting on the shingle beds has declined, mainly due to  a series of years with high water levels in spring and also changes in the shingle banks . However some of these birds have taken to nesting in  newly sown maize fields close to the river.

The national longevity record for Ringed Plover is 19 years and 8 months  set in 2000 so these two are somewhat behind  but I have checked  the on-line ringing reports  for the past six years and the oldest during this period is just 12 years so these two are doing well and still going strong.
John
Posted by North Lancs Ringing Group at 19:19 No comments: