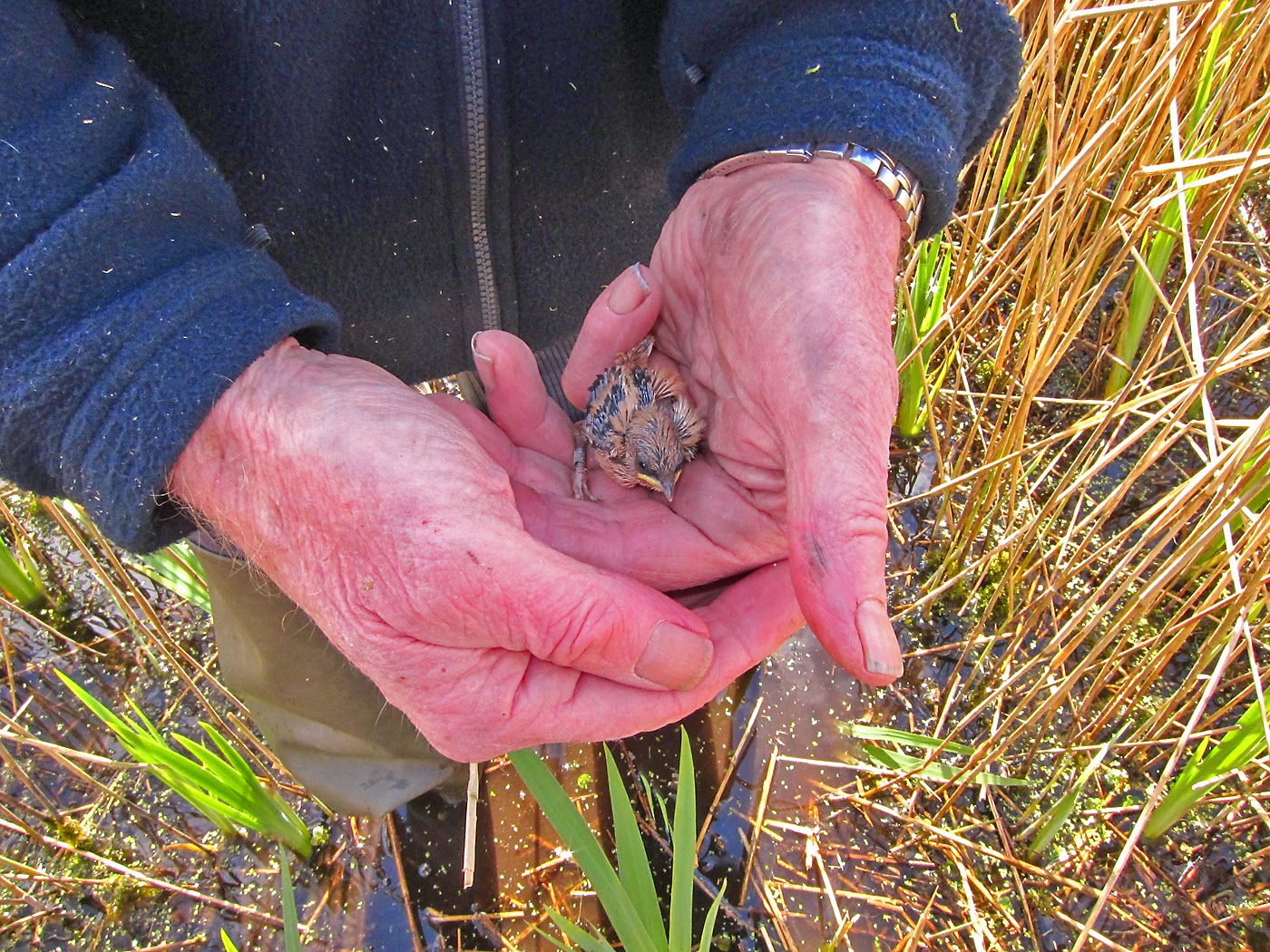 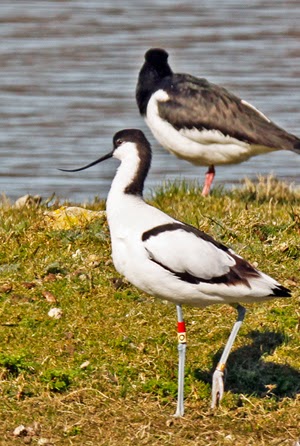 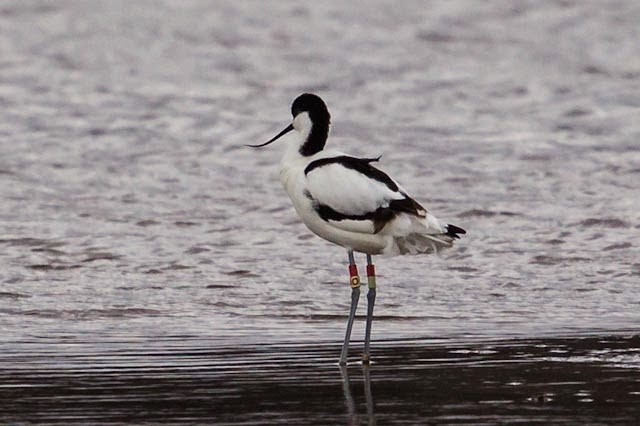 Posted by North Lancs Ringing Group at 14:02 No comments: 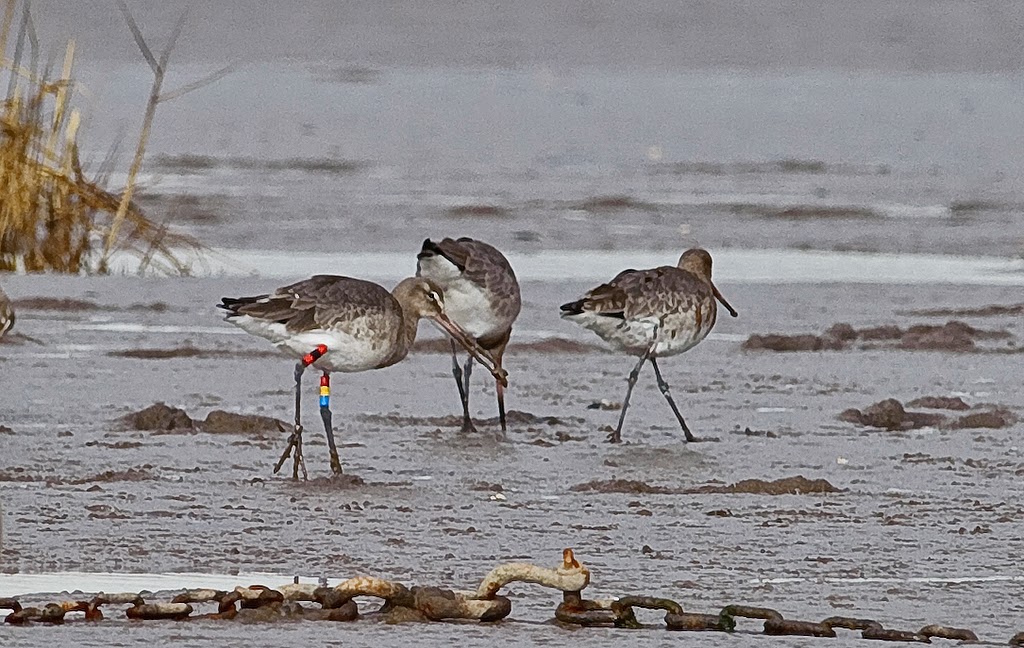 A visit this morning when we saw 2 colour ringed birds inspired me to look up the details of the colour ringed birds we have records for. In total we have details of  51 different birds recorded as visiting our area the majority on spring and autumn migration. Of these 51 no fewer than 42 were originally ringed on the breeding grounds in Iceland between mid April to early August. 28 of them were ringed as adults the rest as chicks. When we report a sighting we receive details of both the original ringing information and also any subsequent sightings. Many of these have been sighted at other localities the record goes to a chick ringed in Iceland in July 1999 and sighted 201 times up to our sighting 15 years after ringing! All this information has given us an insight into the migration of this increasing wader.
Our population in winter usually numbers around the 5-600 mark but in spring numbers have peaked  3000 with up to 2000 on autumn passage. The colour ringing  shows that birds occurring on passage in our area winter further south with good numbers on the Dee and the Solent and down into France and Portugal. Some birds appear to use the same migration route in successive years with the largest numbers using the west coast route to Iceland. Others though  vary in their migration routes  as shown by many reports from The Wash and The Netherlands.
These results certainly show the value of colour ringing in studying the movements of such mobile species. We  look forward to finding
John
Posted by North Lancs Ringing Group at 20:16 No comments: