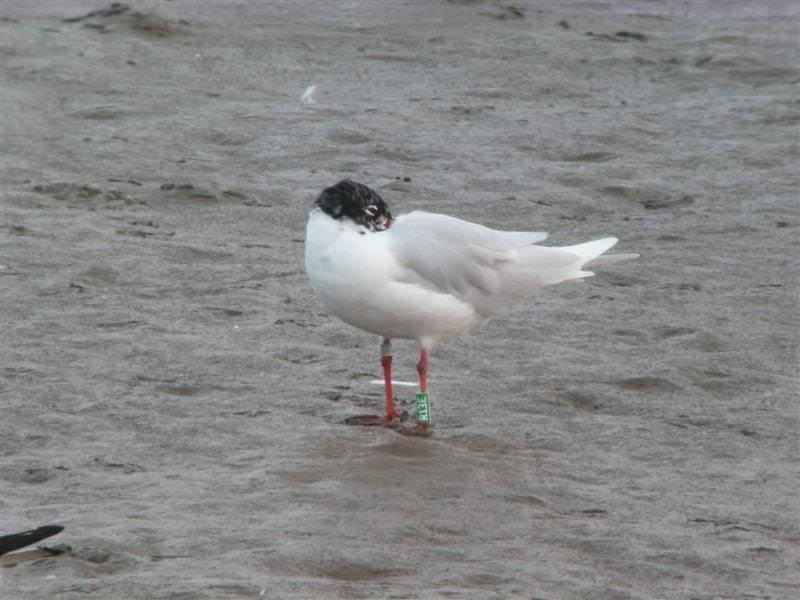 A Question of Survival

With the weather  halting any ringing activities I spent some time up dating the Group's  longevity records from our database of 217,000 records. Not only did I look for our oldest bird by species but I logged  every bird over 5 years old for our most ringed species. As might be  expected some of the larger species live the longest- Oystercatcher 23 years, Black-headed gull   16 years and Knot 15 years.

However it  was the smaller species which proved most interesting especially when it came to comparing  closely related species or birds occupying the same habitats. Almost all the records I quote are from retrapped birds which are still going strong so  life spans quoted are minimal.

Reed Warblers are outstanding. We have ringed 15148 new birds which have produced 4322 retraps. Our oldest  is 9 years and 293 days, but we have another 1 at 9 years, 2 at 8, 8 at 7, 8 at 6 and 19 at five years. By contrast our oldest Sedge Warbler is just 5 years and 22 days and is the only bird over 5 years from 9889 new birds and 1037 retraps. Part of the reason for the differences between these two wetland warblers is that the majority of the Sedge Warblers we catch are migrants, which from recoveries are mainly Scottish birds whereas  almost all the Reed warblers we catch breed at our ringing sites so are much more likely to be re-trapped.

Another long lived species is Chaffinch 9 years 246 days is the oldest with another 16 over 5 years. This compares with Greenfinch with  the longest lived exactly 9 years but only 4 others over 5 years.
We have ringed 7139 Greenfinch  1546 more than Chaffinch and retrap rates are about the same as are numbers ringed at our main sites. Possibly the disease trichomonosis which mainly affected Greenfinch in  our area is part of the reason.

The final pair are Dunnock and Robin.The oldest Dunnock was 9 years and 285 days and we had 6 others over 5 years. The oldest Robin was 7 years 95 days but only 1 other was over 5 years. We have ringed 4102 Robins, 1675 more than Dunnocks and retrap rates are similar, so why should these two birds which occupy similar habitat apparently differ in their survival rates?

So why should Reed Warblers which make the hazardous journey  every year to the African wintering grounds and back, (in the case of our almost  10 year old Reed warbler flying ca 40,000  kms on its migrations  alone) apparently survive much longer than  Robins and Greenfinches  which we feed regularly in our gardens?

Posted by North Lancs Ringing Group at 19:52 No comments: