The Data Builds Up

A recent batch of recoveries added a little more to our knowledge of the movements of birds in our area.

Sand Martins have been our most ringed species this year with 2101 new birds ringed. We received details of some of the 648 ringed birds we caught while breeding in the sandy banks of the River Lune. These added to the data we already have brings the total recoveries from Sussex to 117, 13 in Kent, 18 in Yorkshire seven in Cheshire but only our second from Wiltshire. Most have been caught at reed bed roosts but a good number have been caught roosting in established colonies as they make their way south, 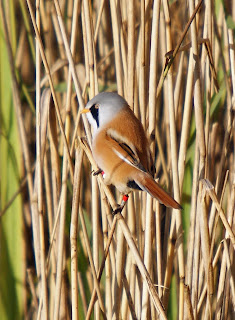 
Posted by North Lancs Ringing Group at 08:44 No comments:

A Visitor From Lithuania

We have just received details of a ringed bird reported to us by a visitor to Leighton Moss. All he found on January 1st this year was a leg and ring on the path behind the Public Hide. But he realised it was a bit different for it was a Lithuanian ring, number KV76449.

We now know it was a Starling ringed at Ventes Regas Silute Lithuania as a young bird on 16/07/2010. The bird had flown 1546 km, only to end up as a meal for a Sparrowhawk.

This is the third Starling that the group have had reported from Lithuania and gives a clue as to where the 100's of thousands of Starlings which roost at Leighton Moss in the winter come from.

John
Posted by North Lancs Ringing Group at 11:43 No comments: