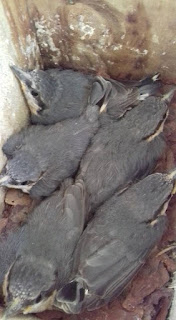 John
Posted by North Lancs Ringing Group at 17:39 No comments: