This morning shortly after dawn I made a visit to Leighton Moss. Present were a flock of around 1100 Black Tailed Godwit. At least 4 of these were colour ringed - 3 marked were in Iceland and 1 on the Wash (as mentioned on the 14th post).

The life histories of these 3 birds are outlined here:

From the last two (which were ringed as chicks) it is clear they do not attempt to breed in their first summer. One didn't appear to move north in the second summer. They spend much of their first year finding the place to winter. Once they have the winter site they become very site faithful until March when they start to move northwards.

The 'Islandica' population of Godwit have between 1 and 2% colour marked. Here we rarely have evidence of more than about .5% being colour marked. The bulk of the marked birds here (75% this year) are colour marked on their breeding grounds in Iceland. This once again points at birds being very area faithful after their first winter as no Godwit are currently colour ringed in the north west UK.

Richard
Posted by North Lancs Ringing Group at 19:45 No comments:

Over the past few weeks Twite numbers at the Heysham feeding station have been fairly constant at around 30 - 38. The vast majority of these were ringed birds (with metal and colour combinations). Between 3 and 7 birds were unringed on average. The birds were mostly seen as large groups and catching efforts resulted in a single catch of a reasonable number (or no catches!) on any day. Two to three Linnets were present on occasions too. This flock size was present as recently as Sunday (yesterday).

This morning, things were quite different. Small groups of birds were seen together with a number of Linnets and a much higher proportion of the Twite were not ringed. Six separate net deployments resulted in catches of most of these small groups. The proportion of unringed birds was now 11 out of a total of 17 (plus a total of 6 Linnets which were also caught).

It would seem that in the last weeks, the "local" wintering birds were frequenting and feeding in the area from Heysham southwards to the Fylde. Twite are very mobile and visit a number of widely separated sites daily within their overall area. Flocks including Heysham ringed birds have been witnessed as far as the Southport shore recently.

The apparent break up of the flock and arrival of unringed birds seems to indicate that local birds are now moving north towards their breeding grounds in the western Scotland mainland and islands and that individuals that have not been on the Heysham part of the daily circuit (i.e. unringed birds) are moving through, possibly taking advantage of the feeding station there en route.

AJD
Posted by North Lancs Ringing Group at 18:54 No comments:

Today was my first colour ringed Godwit sighting of the year in the North Lancs area. This is by my standards very poor! All that being said the Black Tailed Godwit turned out to be an old friend at Leighton. First ringed on the Wash in 2006:


There have been at least two other likely sightings before todays at Morecambe (9th January), Leighton Moss (8th March).

Other recent movements of waders ringed in Morecambe bay are 3 knot ringed in 1998 and 2004 (2) which have been retrapped on the Wash in August and November last year. Once again these show the importance of both the Wash and Morecambe Bay for Knot. Whether these Knot will have returned to the Bay this year or stayed on the East coast we do not know however we do know they will soon begin their migration to arctic Canada either via Iceland or back to the Waddensea, up the coast of Norway and a short hop to Canada from there.

See previous posting for the background to this

Alan caught 18 Twite today at the Heysham feeding station, including 7 unringed birds, out of 30+ seen.

Bearing in mind that only FIVE out of the 137 ringed during winter 2008/9 have been previously retrapped twice, it is interesting that two of these have appeared for their third retrap today. This suggests that, in contrast to the rest of the retrap data (& unringed birds), which suggests a wide-ranging metapopulation with individual birds occasionally visiting Heysham, these two (and perhaps the bird retrapped on 4/2) have developed a degree of loyalty to the Heysham feeding station. This is backed up by variable counts (rarely exceeding 30 at any one time) and ringed/unringed percentages

14/3/09 update: Heysham NHW feeding station at 1315hrs
31 Twite with 7 unringed, 23 Heysham-ringed and one ringed in autumn 2008 at Askam in Furness, Duddon estuary. A reading attempt on the latter with 50 x just kept flagging the letter "R"; about as helpful as the "E" when reading British-ringed Black-headed Gulls.

Once again the North Lancs Ringing Group gets a first from ringing swallows. In September 2007 a Juvenile swallow was caught at a roost in the Lune valley. In July 2008 this bird was found dead at:

The report suggested this bird was long dead. As a result it was likely to have been blown off course on migration.

This makes it a very interesting movement - why would a swallow be in Madeira unless it was blown off course or a local breeder.

The previous first for NLRG with swallows was the first Scandanavian ringed swallow to be recorded in the UK.
Posted by North Lancs Ringing Group at 06:43 1 comment: 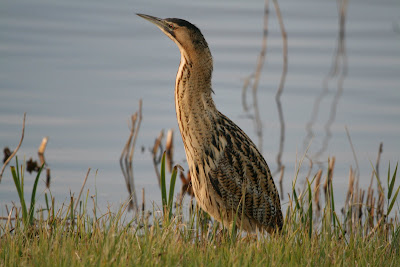 Bearded Tit
The BTO list gives the record for this reed bed species as 6years 4 months and 24 days. But looking through our data I was found an older bird. This was ringed on May 5th 2000 at Leighton Moss and finally retrapped 7 years 8 months and 23 days later- still at Leighton Moss!
Posted by North Lancs Ringing Group at 16:45 No comments: