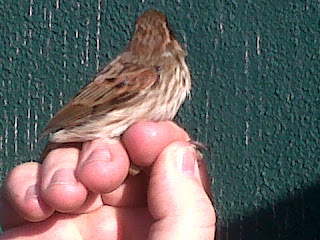 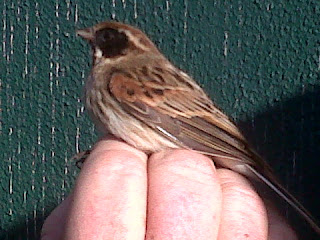 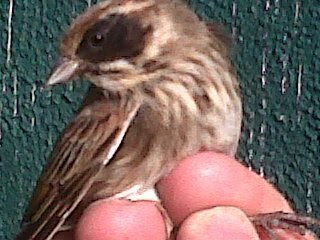 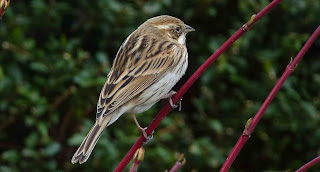 End of the Twite in Sight

The Twite population at the Heysham feeding area had been reasonably stable all winter, the feeding group mostly wearing this season's colours. Things are now changing and recently ringed birds are disappearing (not being retrapped or sighted) and there is an increasing proportion of unringed birds. Both of these observations indicate that movement north to their breeding grounds is in progress. Their behaviour is also noticeably altering - they are more "skittish", there is some squabbling and singing as opposed to the winter feeding calls we are used to. They are also being joined by increasing numbers of Linnets. This seems to occur at the early autumn southward passage and during the current northward movement. The Linnets do not remain with the North Harbour Wall Twite during the winter period.

These birds are clearly becoming unsettled and will surely be leaving us in the next week or so until their return next autumn.

Sanda Island is clearly one of the favoured breeding areas for Twite that winter in our area.

ajd
Posted by North Lancs Ringing Group at 18:47 No comments:

May seem a bit early to be thinking about Reed Warblers But a recent batch of recoveries included five Reed Warblers controlled at Icklesham in East Sussex. The group has ringed almost 14,000 Reed Warblers over the years, of these 55 have been caught by other ringers on their onward migration in southern England with Icklesham reporting the largest numbers.

Juveniles obviously migrate fairly soon after moulting their juvenile body feathers. The earliest reported in the south of England was on July 30th and the latest on the 26th of September. The quickest movement was just four days after ringing and the longest gap between ringing and recapture was just 35 days.

Adults also move early, the earliest in the South of England was on August 2nd and the last on September 8th.

Onward movement is shown by eleven recoveries along the French coast, five in Portugal, two in Spain and four in Morocco.

On first sight one assumes that the birds we are ringing are either bred in our area or possibly in Cumbria where there is about 200 pairs, or Dumfries where there is about 25 pairs. However there are always surprises thrown up by ringing. A juvenile ringed near Hammarsjon in Sweden on 2/08/97 was caught 22 days later at Leighton Moss. So one has always to be careful in making assumptions