The first signs that this was going to be a poor year for  Blue Tits came from our nest box studies. Of the 50 pairs that occupied my boxes,  laying was 12 days later than average.  Brood size was   1.5 young down on 2014 and only 26 of the 50 occupied boxes produced any young. Predation, probably by Weasels played its part but the main reason was probably a shortage of caterpillars at a crucial time due to the cool and wet spring weather.

That this poor productivity has meant lower numbers at all our ringing sites this late summer on. At the site where we catch most blue tits numbers have plummeted. In 2014 we caught 470 birds during the period from early summer to early winter, this year only 209. But even more telling is the percentage of adults in the population. The average over the last 19 years has been 14.5% and in an exceptional year as low as 7%, but this year it is 36% and at another site with smaller numbers ringed it is a high as 55%. Both figures suggesting very low productivity.

On the bright side adults and juveniles from 2014  appear to have survived well at all sites. Our oldest bird this year to date is 6 years and 214 days and we have 3 others at five years. Our record though is 8 years and  15 days. Will be interesting to see what the breeding population is next year.
John
Posted by North Lancs Ringing Group at 18:59 No comments: 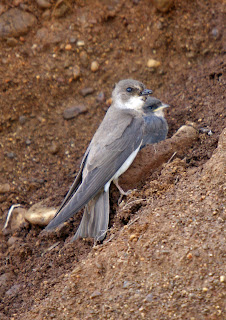 Posted by North Lancs Ringing Group at 18:37 No comments: