A rare still day allowed us to get out at Leighton Moss . We were hoping to catch some of up to 5 unringed Bearded Tits which are visiting the grit trays but we only caught ringed birds.  Reed Buntings though were  good with a catch of 22 bringing our total for 2014 to 193 almost 100 up on 2013 and still time for  more. Like many other species they seem to have had a very good breeding season.

Our ninth Cetti's Warbler for the year was interesting. It was a retrap from November 2010 but it had not been retrapped in the intervening 4 years.Singing males in spring have built up over the past 3 years. There was certainly at least five at Leighton and 2-3 in other parts of the reserve and many suitable but difficult areas not checked, but we still catch only small numbers although the nine this year is the most ever. But they certainly are worth ringing one ringed at Leighton on 13/03/2010 was caught at Farlington Marsh Hampshire on 25/04/11and on 4 other occasions into 2012 a distance of 389 kms south.

The Bearded Tit gritting season continues apace up to yesterday we had logged 227 sightings of colour ringed birds. At total of 75 different birds were involved. Of these  36 were adults and 39 birds of the year. 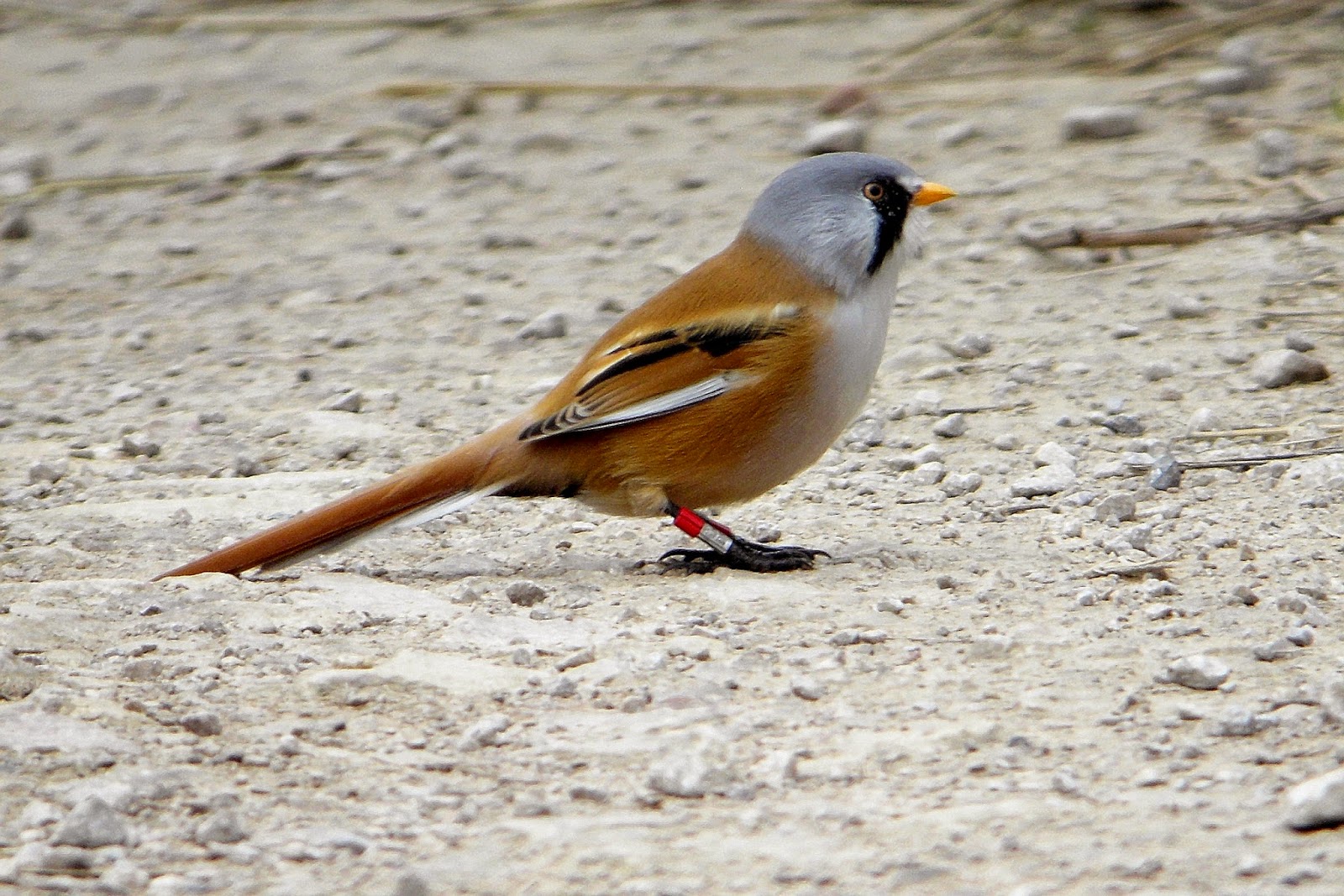 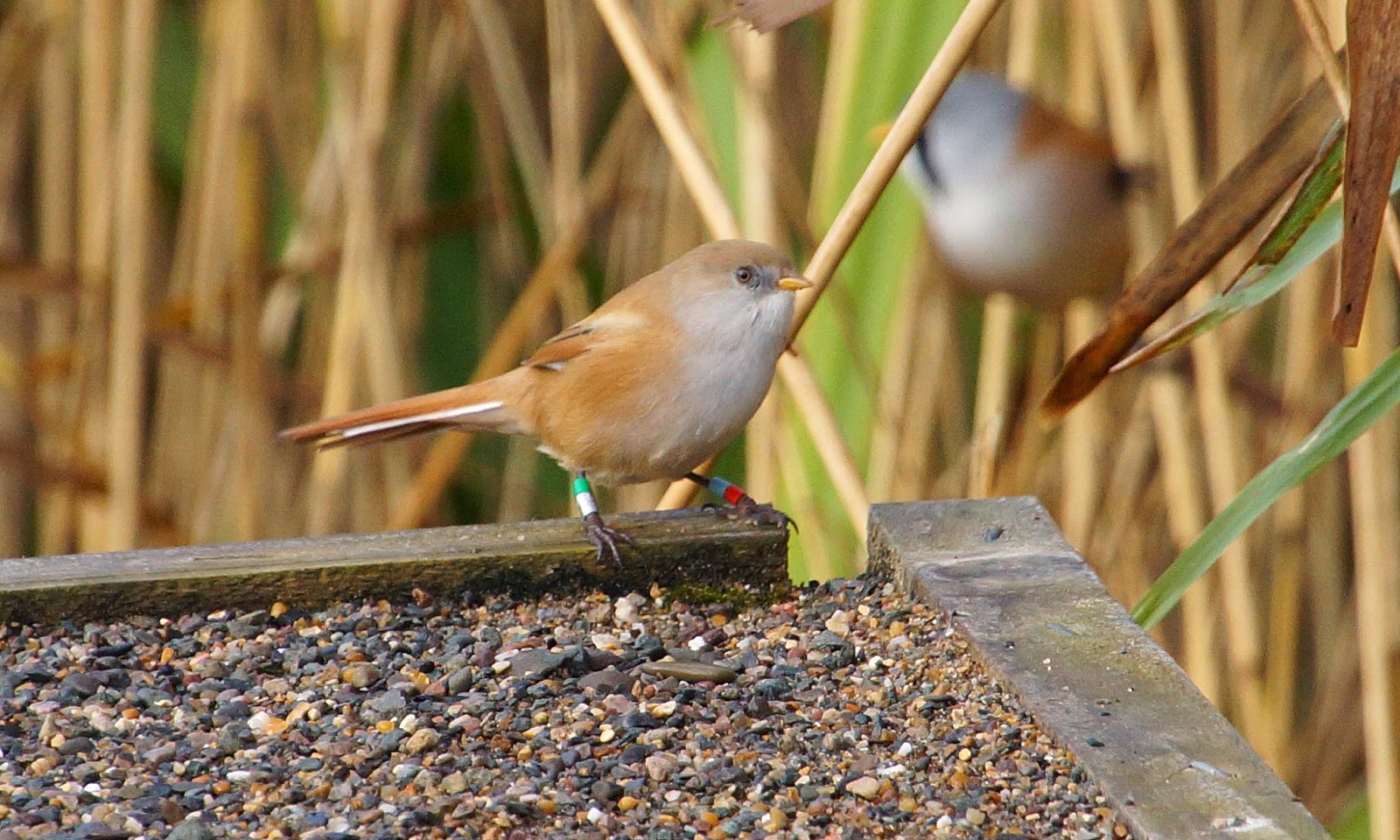 
Posted by North Lancs Ringing Group at 17:27 No comments:

With the BTO's new  database now functioning we have just received a batch of 8 recoveries and 19 controls. Sand Martins top the list with four from Sussex and one from Norfolk. This brings the total of  our Sand Martins reported from Sussex to an amazing 129 (almost all from Icklesham) and 33 from Norfolk almost all of them on return migration. We still await details of six French ringed Sand Martins.

A Sedge Warbler from Sussex brought our total on passage there to 36. Lesser Redpolls have a marked passage through our area in spring. The wintering areas of these passage birds is further confirmed by reports from Suffolk and Herts. While a spring recovery in Dumfries  just 14 days after spring ringing points to the breeding area.

All but two of this batch were details of birds caught and released by other ringers. A Robin ringed as nestling was killed by a cat just  two days after fledging , probably an all to often occurance.


On a brighter note Reed Buntings can be added to those species which appear from our ringing to have had good productivity this year. To date we have ringed 246 compared with just 126 in 2013 and 100 the previous year. This week we have caught 5 Cetti's Warblers at Leighton Moss including one ringed as a juvenile in 2011. It was retrapped in the same area it was ringed.

John
Posted by North Lancs Ringing Group at 19:12 No comments:

Taking in grit is essential to Bearded Tits at this time of year as they change their diet from the soft insect food of summer to the much harder reed seed diet of winter Over the past few days they have been taking grit but with a difference this year. Although numbers are using the specially provided grit trays good numbers have also been gritting on the limestone path that runs across the centre of Leighton Moss RSPB Reserve.

Before the grit trays were provided in 1996 they used the paths exclusively but over the  past  15 years use of the paths has been minimal as they have become solidified. But after this years unusually dry weather the paths have a fine layer of grit in some areas and this is obviously attractive to the birds. This morning after a good rain shower they deserted the areas of path they had used  for the past week and moved to a patch of new limestone gravel that had been put down to repair a hole. The problem with path gritting is that although most visitors to the reserve are delighted to see these  attractive birds so close it only takes one person to walk along the track and disturb them.

To date thanks to the dedication of Keith Kellet we have got sightings of  55 birds. Of these 49 are colour ringed. These show clearly that it is almost exclusively adult birds which are using the grit trays and birds of the year the paths. Obviously the adults have used the trays in previous seasons  and know of their location. Will be interesting to see if  they desert the paths  when the weather changes as it is forecast to this weekend. 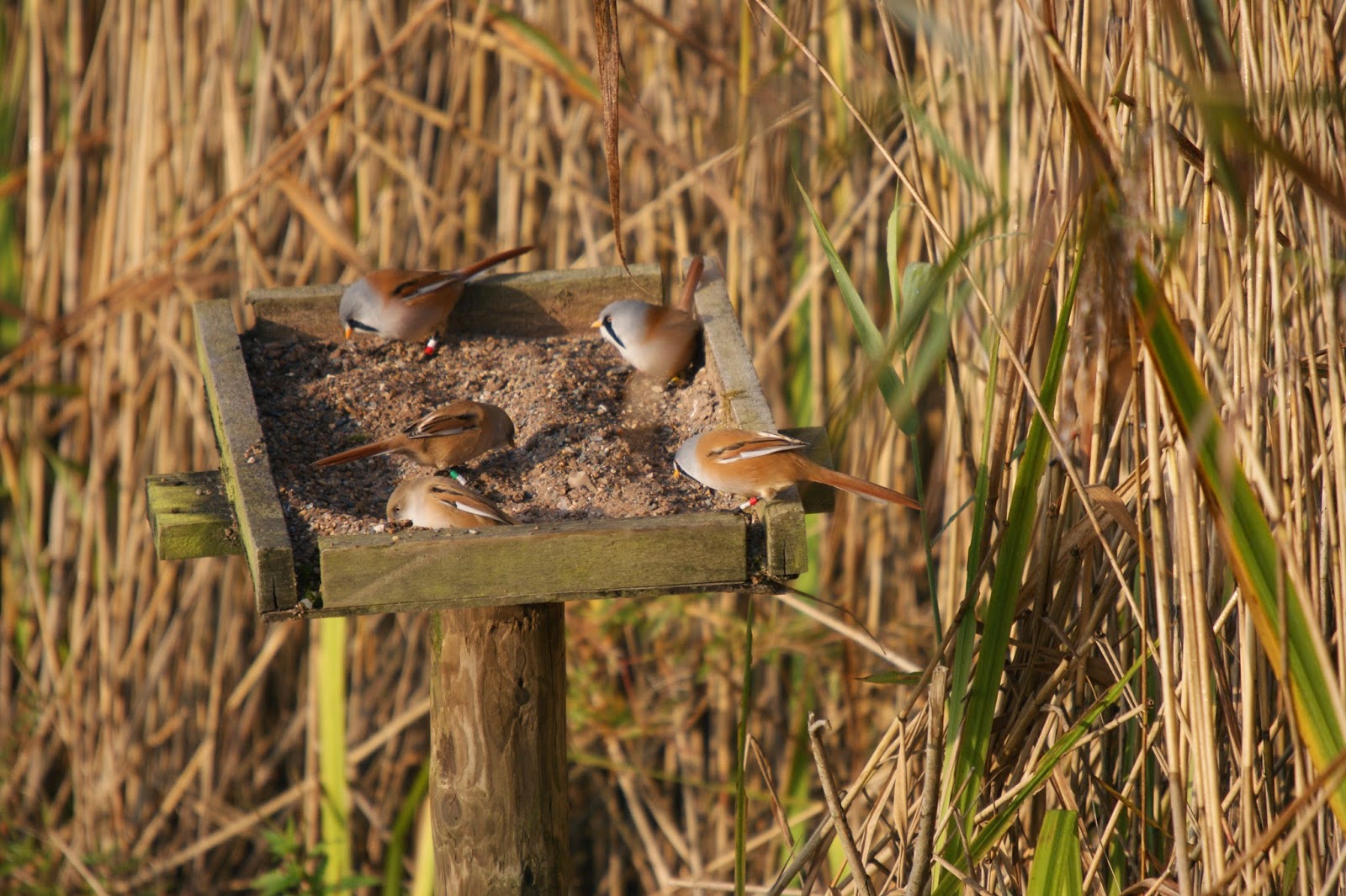 To date on our Bearded Tit RAS we have identified   18 adult males and 16 adult females. Five of these were identified for the first time on the grit trays and we hope for more. To date we have caught 60 juveniles.
John
Posted by North Lancs Ringing Group at 19:10 No comments: