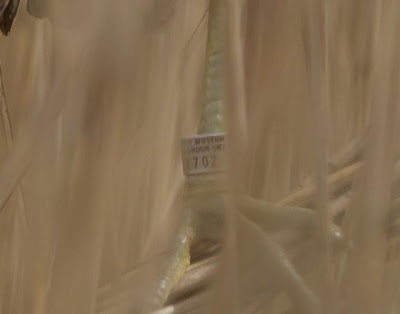 These amazing photographs of  a Bittern wearing ring No 1291702 was taken by Brian Howson from the Lower Hide at Leighton Moss on April 24th. This bird was originally ringed as a nestling on the 8th May 2000 by the RSPB research department. Using DNA they established that it was a female. The colour of the bill in the photograph below also establishes it as a female. This makes it 11 years and 356 days since ringing and establishes a new British longevity record for Bitterns. Extending its own previous record of ten years and 220 days set in December 2010. Ringed birds have been seen on occasions during the intervening period but this is the first time that the bird has been conclusively identified since then. Previous conclusive sightings have all been in winter although ringed birds have been seen but not identified during the breeding season. The question is will it breed at Leighton this year? The lack of any booming males  makes it appear unlikely.  Many thanks to Brian Howson for his excellent photographs. 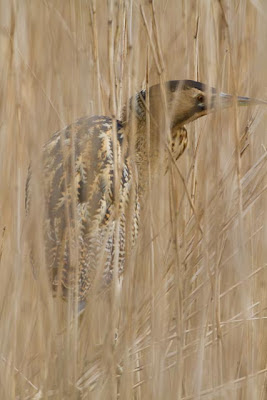