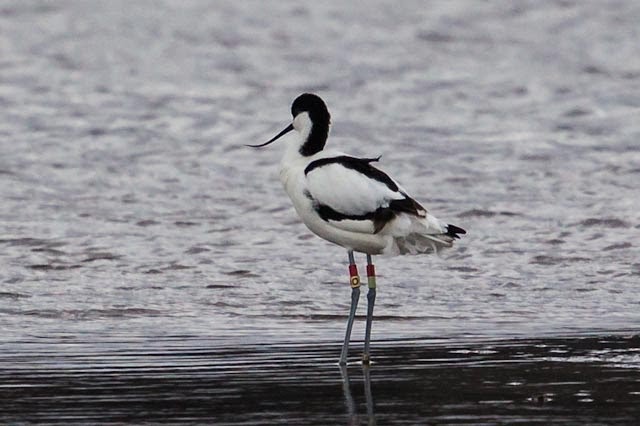 Another colour ringed bird originally ringed on  5 August 2010 has been sighted recently on the Lune estuary.  It was also ringed in the same area  of France as the other bird, It was sighted in this area 29 times over the next three years until the last sighting on March 16 2014. On 14th April it was sighted in North Holland and six days later it was in the Lune  estuary. It is probably to late for it to breed this year. but the similarities with the first bird in timings is striking. these sightings shed some light on the age at which Avocets first  breed and reveals the origin of some of the colonists.
John
Posted by North Lancs Ringing Group at 20:40